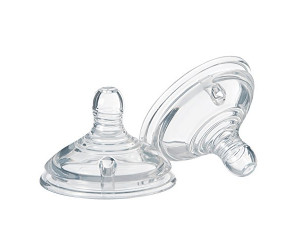 Tommee Tippee Closer to Nature Easivent Medium Flow Teats are designed in collaboration with breastfeeding experts to emulate the natural movement and softness of a mother's breast, making alternating between breast and bottle easier than ever before.

- Designed for medium milk flow, ideal for babies around 3 months of age