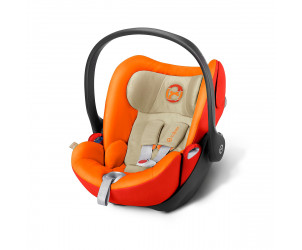 The Cybex Cloud Q Baby Car Seat has been designed with your baby's comfort and safety at the forefront.

It boasts a fully reclining backrest and a telescopic linear side impact protection system which will absorb any force in the event of a side on collision.