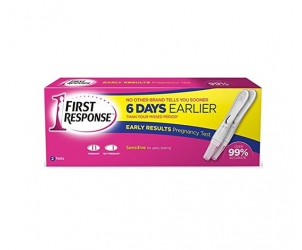 This early pregnancy test from First response is an at-home test for the detection of pregnancy: