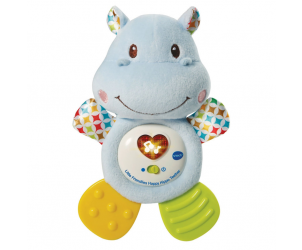 Push on the illuminated heart shape to have the happy hippo sing, speak and play music for you.