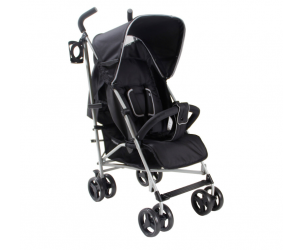 Thanks to the lockable and swivelling front wheels and its extra large shopping basket, the MB01 stroller is perfect for any trip out with your baby.

They also come with a handy cup holder and rain cover.