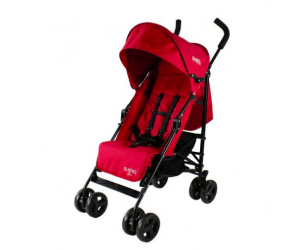 Red Kite's Push Me - Quatro in cherry is a lightweight stroller suitable from birth with a multi adjustable lie back seat position.

The pushchair seat is padded and comfy for outings out.