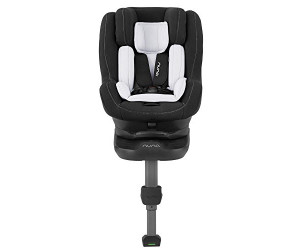 Stunning, sturdy and smart, the Nuna REBL plus i-size car seat exceeds the i-size safety standard thanks to its safety enhancements.

It also converts so that your baby can ride rear facing for longer, as recommended by safety experts. Suitable from birth to four years old (40-105cm).