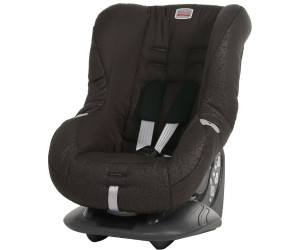 The Britax Römer Eclipse boasts side impact protection and a unique pitch control system which will reduce your child's forward movements while seated. Its slim base means the Eclipse is the ideal solution for smaller cars.